Let’s save our seas!

Concerned with the great amount of garbage dumped into rivers, seas and beaches,  the TAMAR-ICMBio Project and the Aquarium of Ubatuba decided to launch an environmental campaign aimed at decreasing the amplitude of this serious environmental problem.

Each year billions of tons of garbage are produced in the whole world and much of this goes directly or indirectly into the sea.

Once in the marine environment, garbage can cause illness and even death of marine animals, as well as penetrate the food chain, even poisoning human beings.

According to TAMAR-ICMBio Project, it is common that turtles die suffocated while ingesting plastic bags, which are confused with items from their food chain, like jelly fish and seaweed.

Another disastrous consequence produced by the accumulation of garbage in seas and beaches is the damage caused by the absence of tourists on polluted beaches. 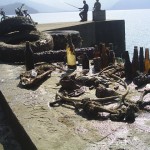 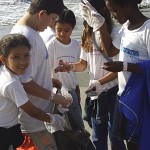 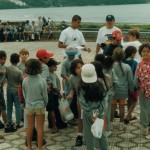